12 replies to this topic

EDIT: audition lines have been added under each character.
EDIT June 2nd, 2013: screenplay & contact information (e-mail) has been modified, more screenshots were added.
EDIT September 6th: 10 out of 18 roles taken now, in need for voice actors for secondary roles.

As you all know I've been working on a project on and off for 3 years now, mainly writing a script and designing sets and characters. I've been working on Moviestorm for some time now, and decided to make a feature-length film using the software. I'm very interested in the idea of making a whole movie digitally: writing on Celtx, shooting on Moviestorm and editing in any shotware editor. I wanted to push this approach to the limits so I spent a lot of free time on the script. Now it's done. Here are some screenshots from the sets and characters:


Few years ago, scientists in Japan came to visualise dreams with a 70% accuracy. We're not far from being able to record dreams and view them as movies, but the dangerous part doesn't lie there; it lies in the fact that dreams are basically electric changes in our neurons, like thoughts... And just like we can be told a lie in real life, we can live it as reality when we're "under".

The story is about a scientific research (dream research and its applications) that opens too many doors, including ones for opportunistic people, and ones for even more evil souls. I had the idea about where dreams can take us, and the way we can become convinced that a dream is actually reality. With that power and the amazing scientific discoveries about it, I wrote the story so it can reflect many views but still hold itself as dramatic storytelling. The story deals with ethics, social responsibility, redemption and doing the best for the world.

I need your help for voice acting, there are many roles given the size of the story. I'll be working on the animation & editing part, as well as distribution (I'm planning to release it through Createspace or other VOD services). I contacted a talented young composer for the music and right now all the project needs is actors and actresses.

I'll be working closely with every person on board, as each line requires a level of attention that would make it sound credible in the final movie. I want this project to be as close to perfect as we can possibly do in Moviestorm, I believe in this format and really want to push the limits.

Thanks for reading, and thanks to everyone who sent in auditions
looking forward to hear back from you

Here are the characters already taken: General: a general in the military who provides legal rights and infrastructure for the research to happen, as the research was originally a military project. He trusts the team but doesn't go too far without knowing where he stands.
Total lines: 29 lines

AUDITION LINES
LINE1: Our hopes are that you understand our reserved approach to the research...
LINE2: You need to figure out everything that might fo wrong, before taking the next step.

AUDITION LINES FOR DOCTORS:
LINE1: We did all we could, it's out of our hands now.
LINE2: We believe the cause of death was constructive heart desease... he was dead before he reached us.

AUDITION LINES FOR GANG MEMBERS:
LINE1: The boss isn't going to like this, you better think of a solution.
LINE2: The point is, you need to come up with a plan, they're using you and you know it!

AUDITION LINES
LINE1: I remember being here... I don't remember much, though.
LINE2: Will this test cause any long-term problems?

AUDITION LINES
LINE1: I was forced to do it!
LINE2: What are you going to do?

This looks like it will be a great movie, Shaman. Keep up the good work.

Good luck with this project shaman, and kudos for your great recruitment thread!

Download my free Visual Novel here ==>Tea For Two Romantic comedy made using Moviestorm and Renpy
Machinima Expo
The 1930s pack, including skirting boards, this mod is FREEEEEEEE
my free textures, including some normal maps, suitable for moviestorm, unrestricted use

Patrick Lake: a businessman and philanthropist who influences people through his work. His views of the world make him take risky steps, which make people around him react with some skepticism but mostly trust and respect.
Total lines: 71 lines

Dr. Wilbur: a scientist and researcher in the fields of the mind. He's very introverted yet very reliable and extremely knowledgeable on his projects. He approaches everything with caution (sometimes more than necessary) and makes sure his actions always count. He's the head of the scientific team on Patrick Lake's research.
Total lines: 127 lines

Alan: the director and spokesman of the research led by Patrick Lake and Dr. Wilbur. He's the diplomatic figure of the research; he communicates between Wilbur and the military and makes sure everyone's informed. He's also the project's safety valve.
Total lines: 117

Kim Lake: the daughter of Patrick Lake. She's a recently graduated psychotherapist who's studying the human mind, and the possibilities of neuroscience in psychotherapy. She's also one of Dr. Wilbur's best students and Frederic's sister.
Total lines: 107 lines

Frederic Lake: the son of Patrick Lake, who's leading the scientific team and the whole research. He doesn't always agree with his father decisions but he does his best to honor him. He's also Kim's brother.
Total lines: 95 lines

Lena: an investigator at a global organization. She keeps an eye on new projects and makes sure they never get out of hand. The military research led by Patrick Lake naturally catches her attention.
Total lines: 91 lines

General: a general in the military who provides legal rights and infrastructure for the research to happen, as the research was originally a military project. He trusts the team but doesn't go too far without knowing where he stands.
Total lines: 29 lines

Tom: one of Lena's coworkers and her closest friend. He assists her on projects and helps her whenever she needs some help.
Total lines: 36

Arthur Burt: an old contact of Patrick Lake, a sinister businessman who's the exact opposite of Patrick. He joins the research for unknown reasons and does his best to know as much as possible about their progress.
Total lines: 49

Just popping in here to say that I will be working on this film and will be playing the role of Frederick. Me and shaman have been talking and also have started doing some lines on my character.

Also I hope this helps to motivate more people to audition so we can get the actors and actresses we need to make this project happen!

For those that don't know me, my name is Devon and it has been quite a few years since I used moviestorm (back in 08)

And anyways I hope we reach a completed project some point in the not too distant future!

Nice Screenies. Sounds like a real good idea & movie.
I'd be keen to help out on some VO's if you'd like.

as Devon said, we're working together on one of the lead characters now, I've been slowed down due to schedule conflicts but I've updated the screenplay. I replaced the old one, so now you have the final screenplay. I'm working more and more on the sets, and will be posting more updates later.

If anyone can take on one of the roles, please do

and thanks for dropping by.

Marketing Campaign has started.
New information will be published regularly in the post at "In Production" forums.
Check the blog for more information. 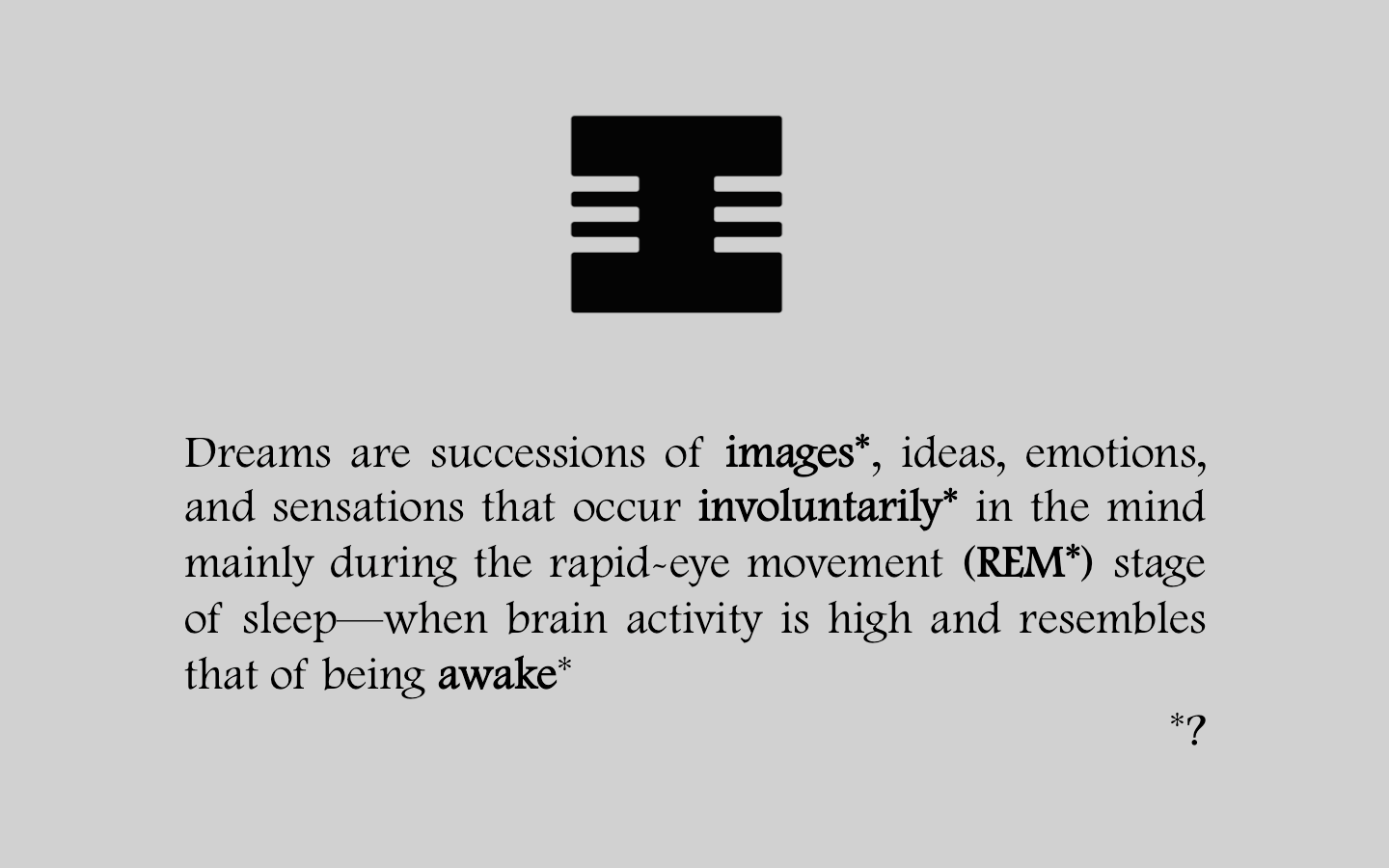 I got some auditions from some of you, thank you very much for your interest

I'm working on the visuals for the movie, I've been experimenting with Moviestorm light settings to see how light can be a part of experiencing the whole movie. Below are stills of the production at this moment: 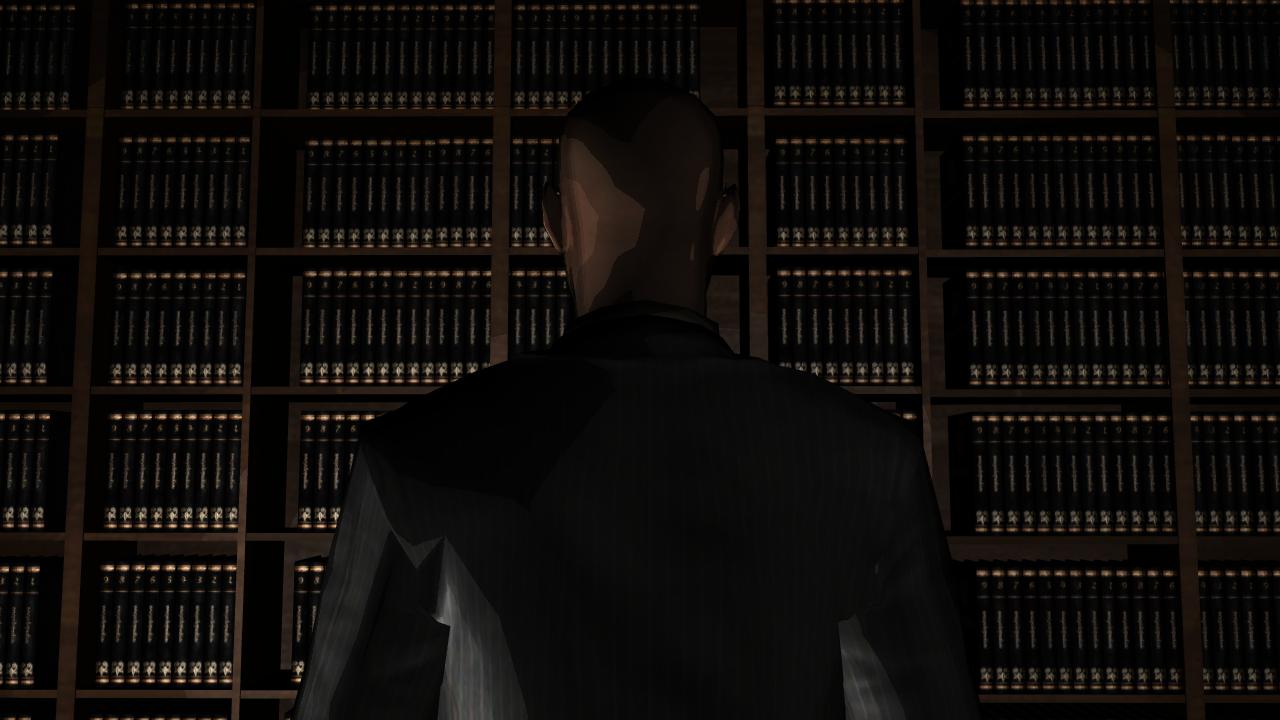 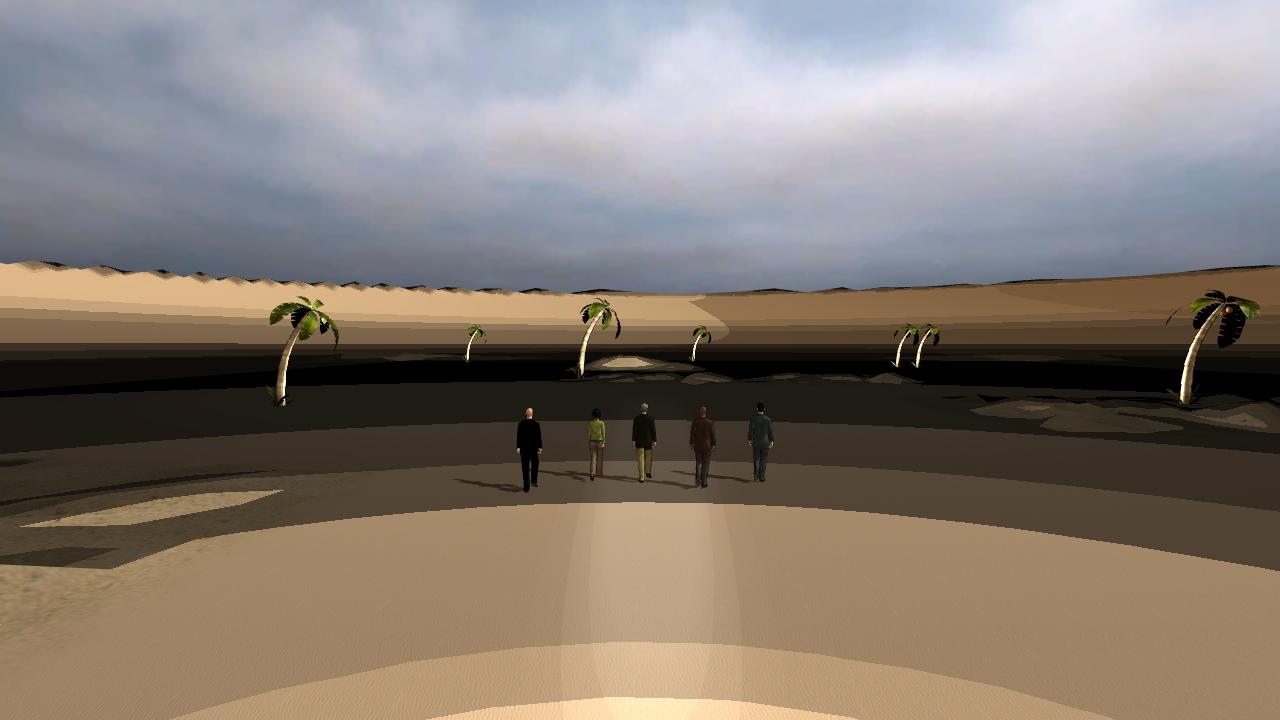 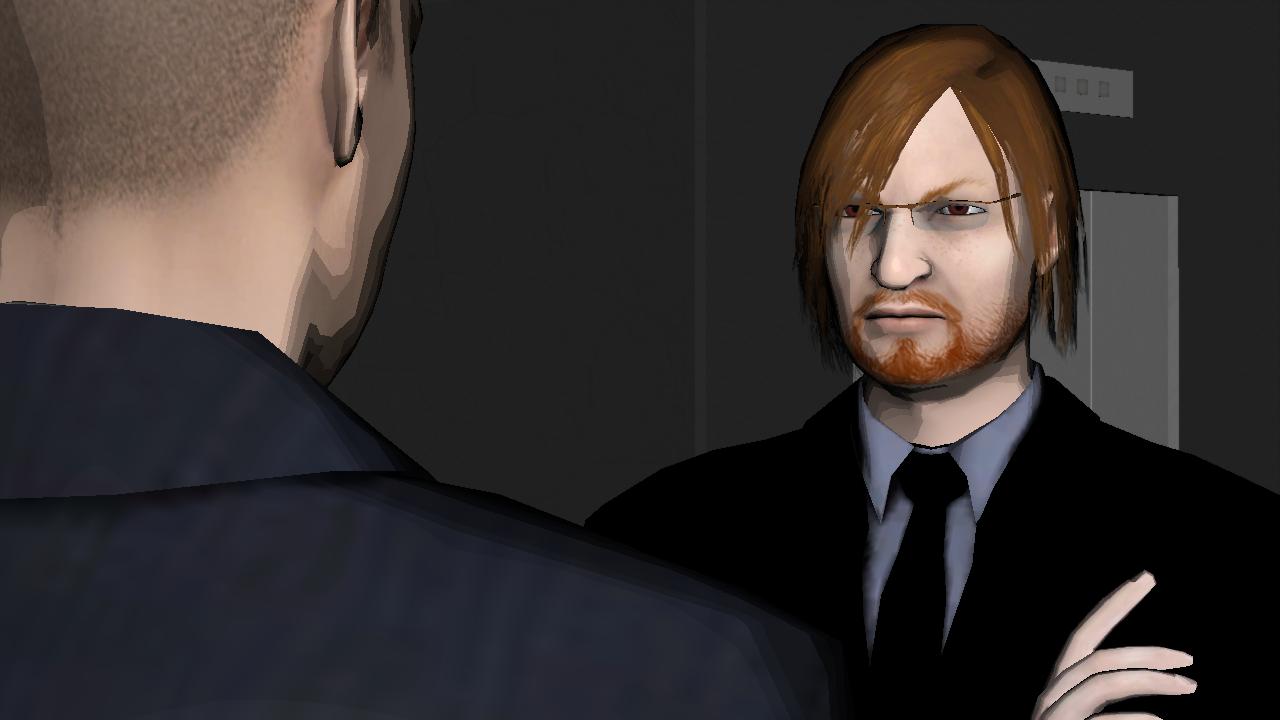 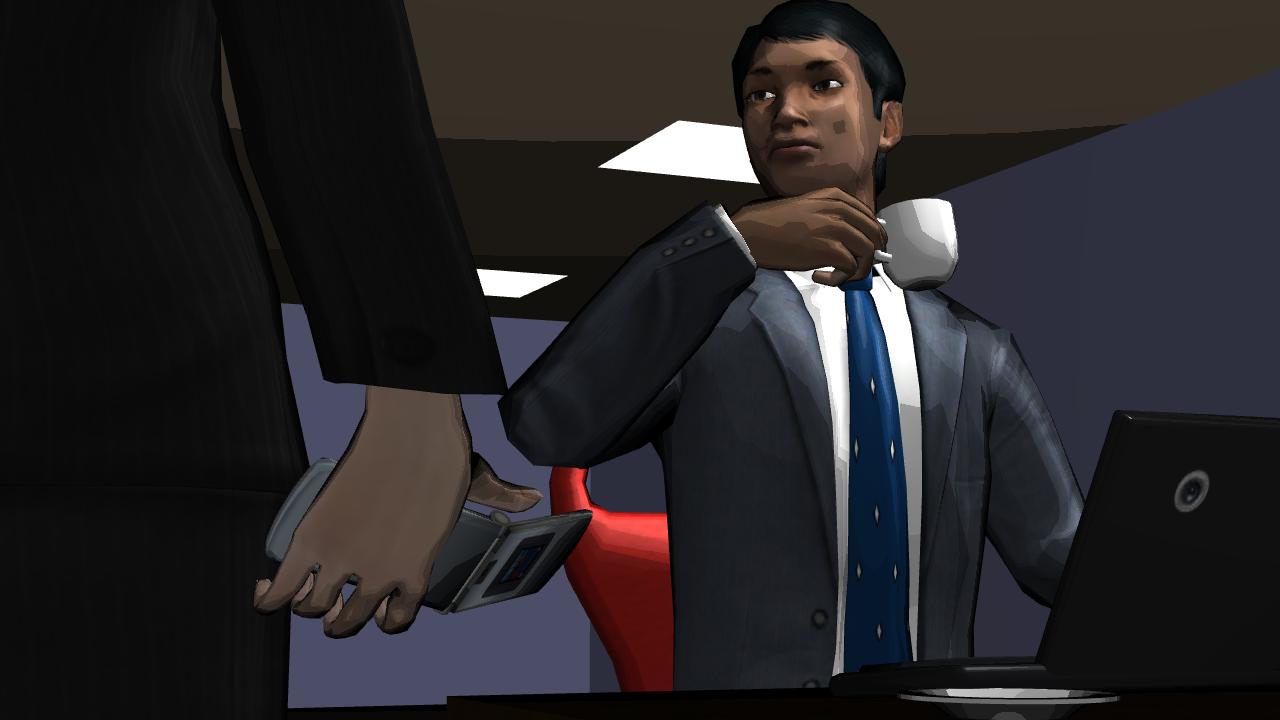 Looming Seeds is a Moviestorm movie + documentary-style research on dreams and what dream technology can achieve today. I used to think this technology can just be used for Inception plots but then I discovered the fascinating world of dream research, that have to deal with mind control, occipital cortex visualization and synchronized brainwaves. It's all technical but the thing is, scientists made amazing progress that goes back more than 2 decades. These are some facts and information about this amazing science, which inspired me to write the story in the first place. 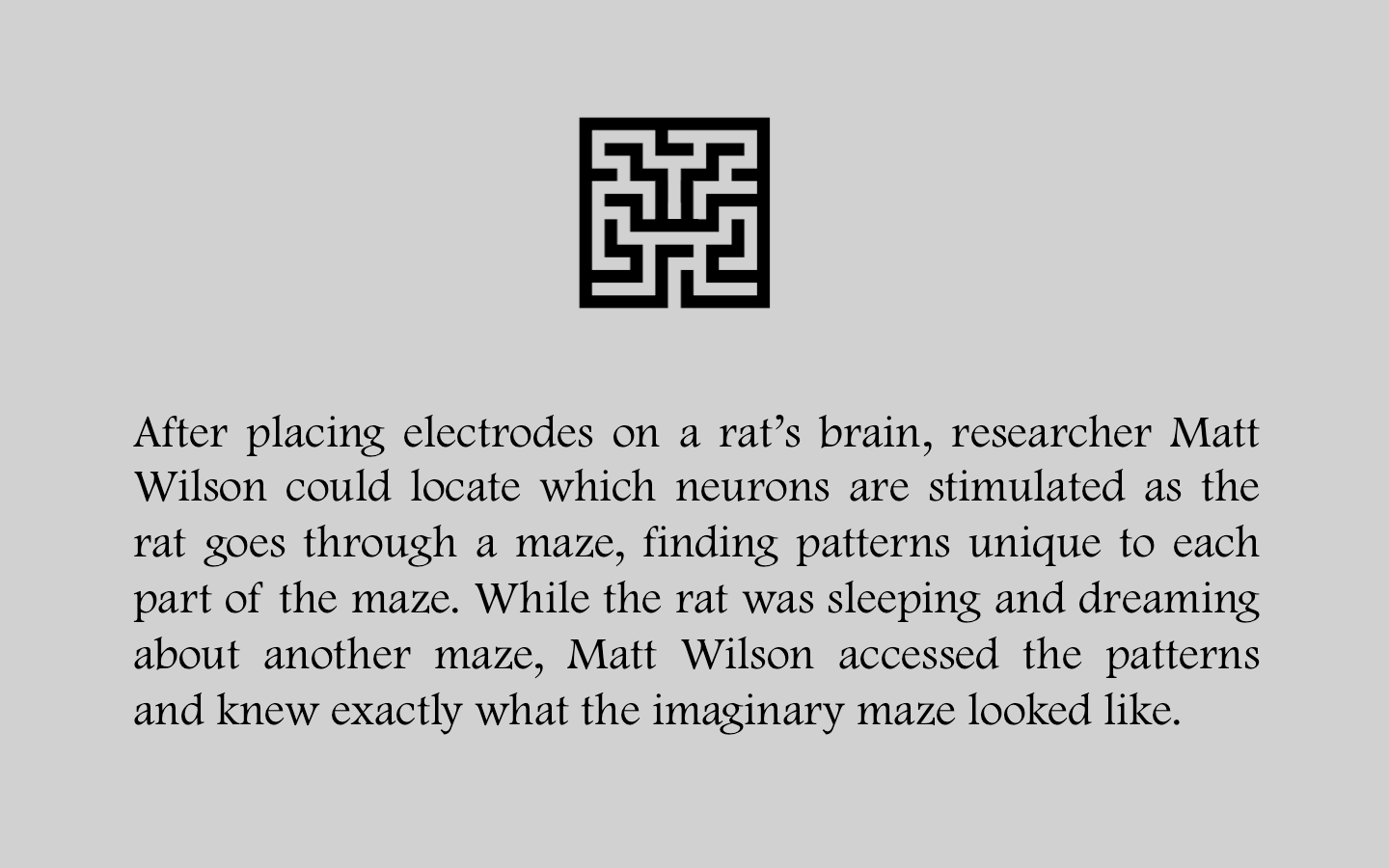 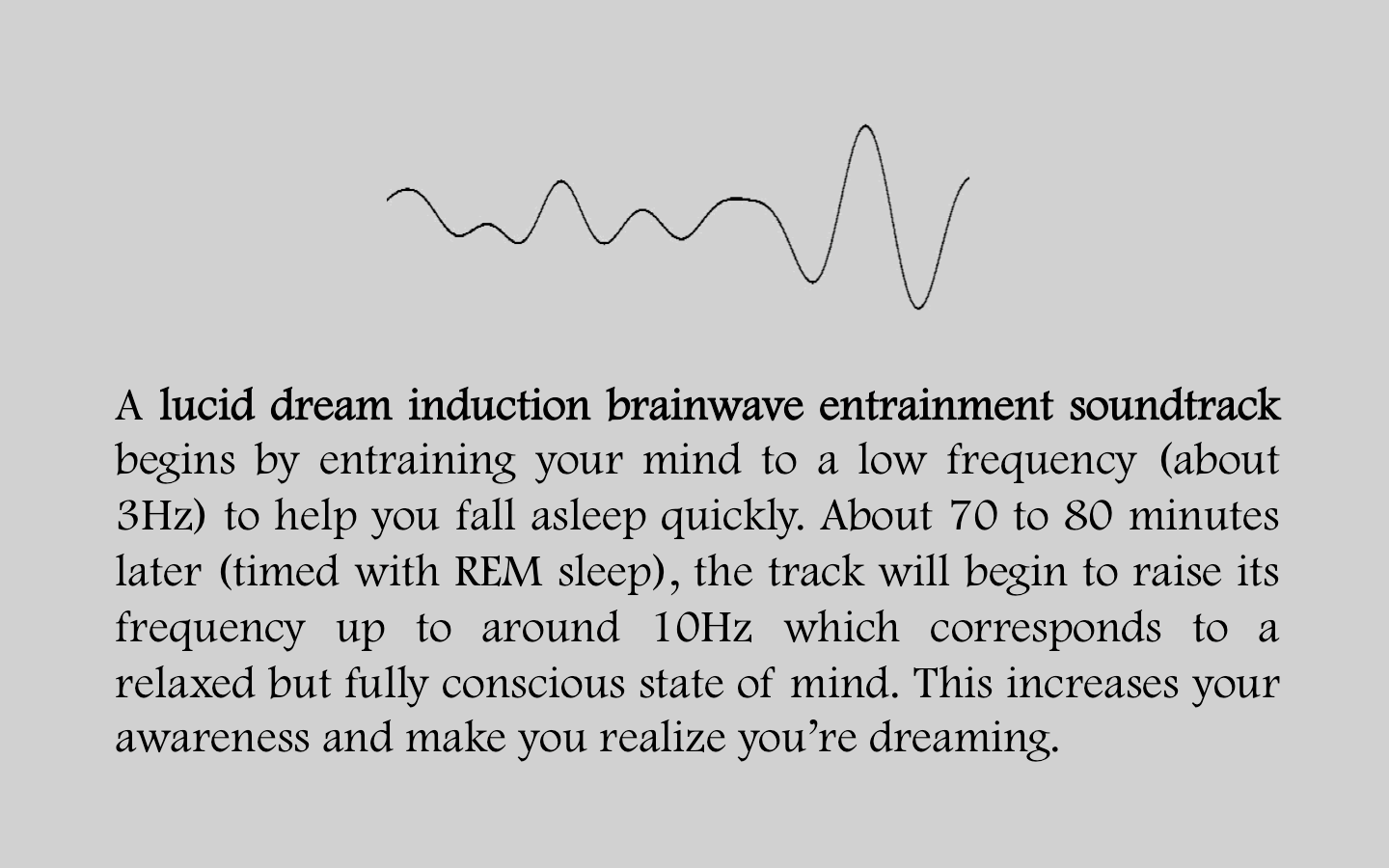 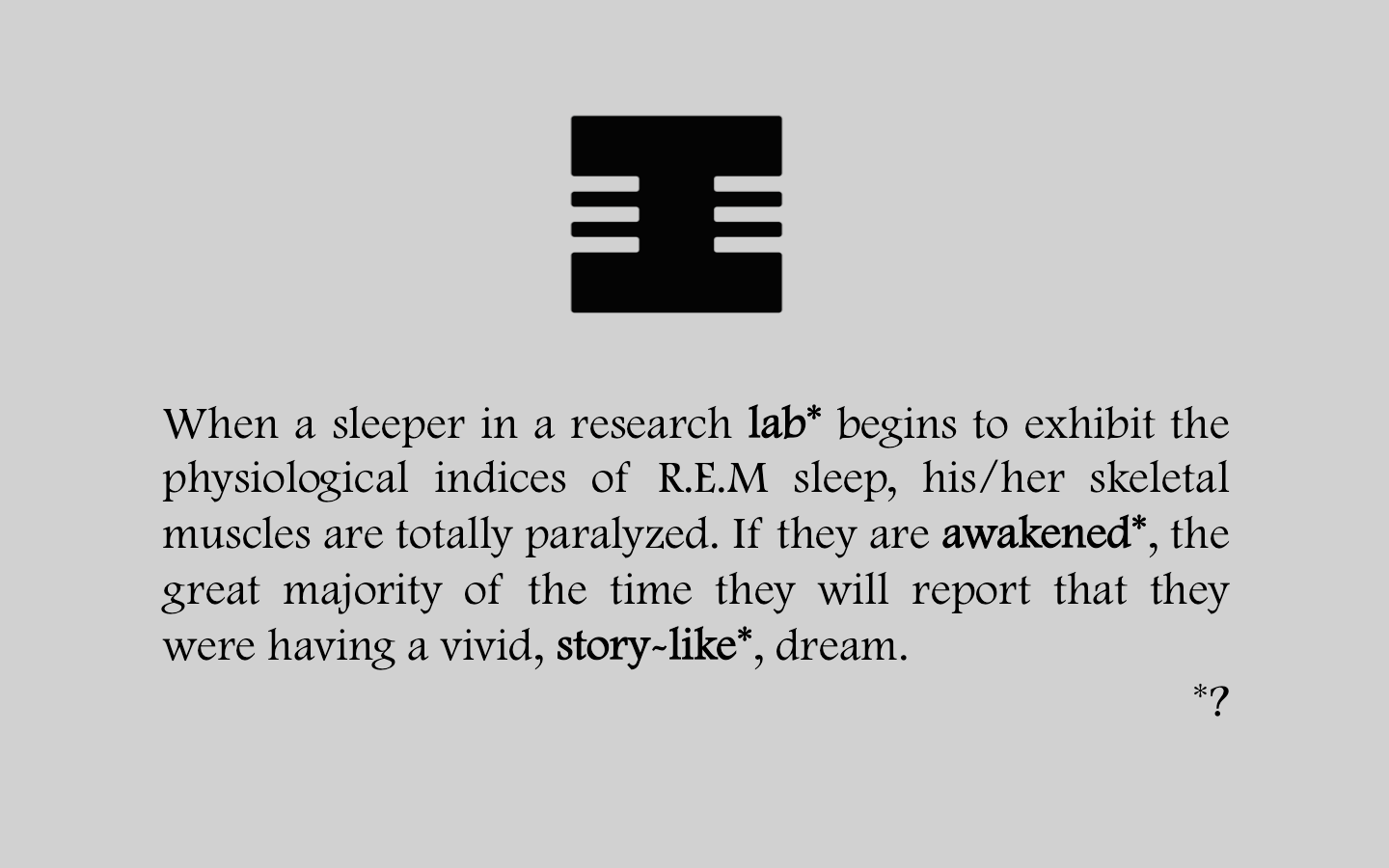 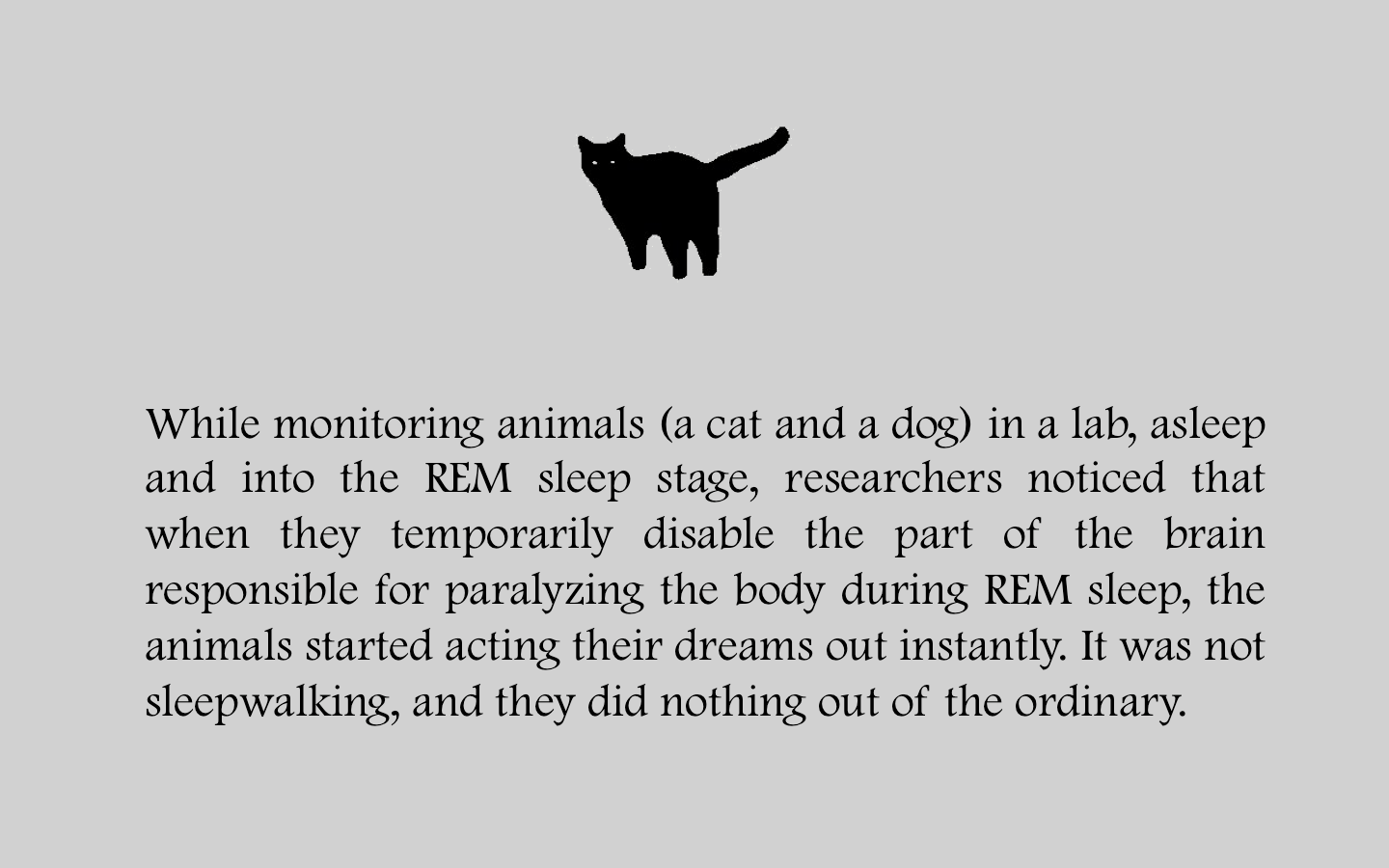 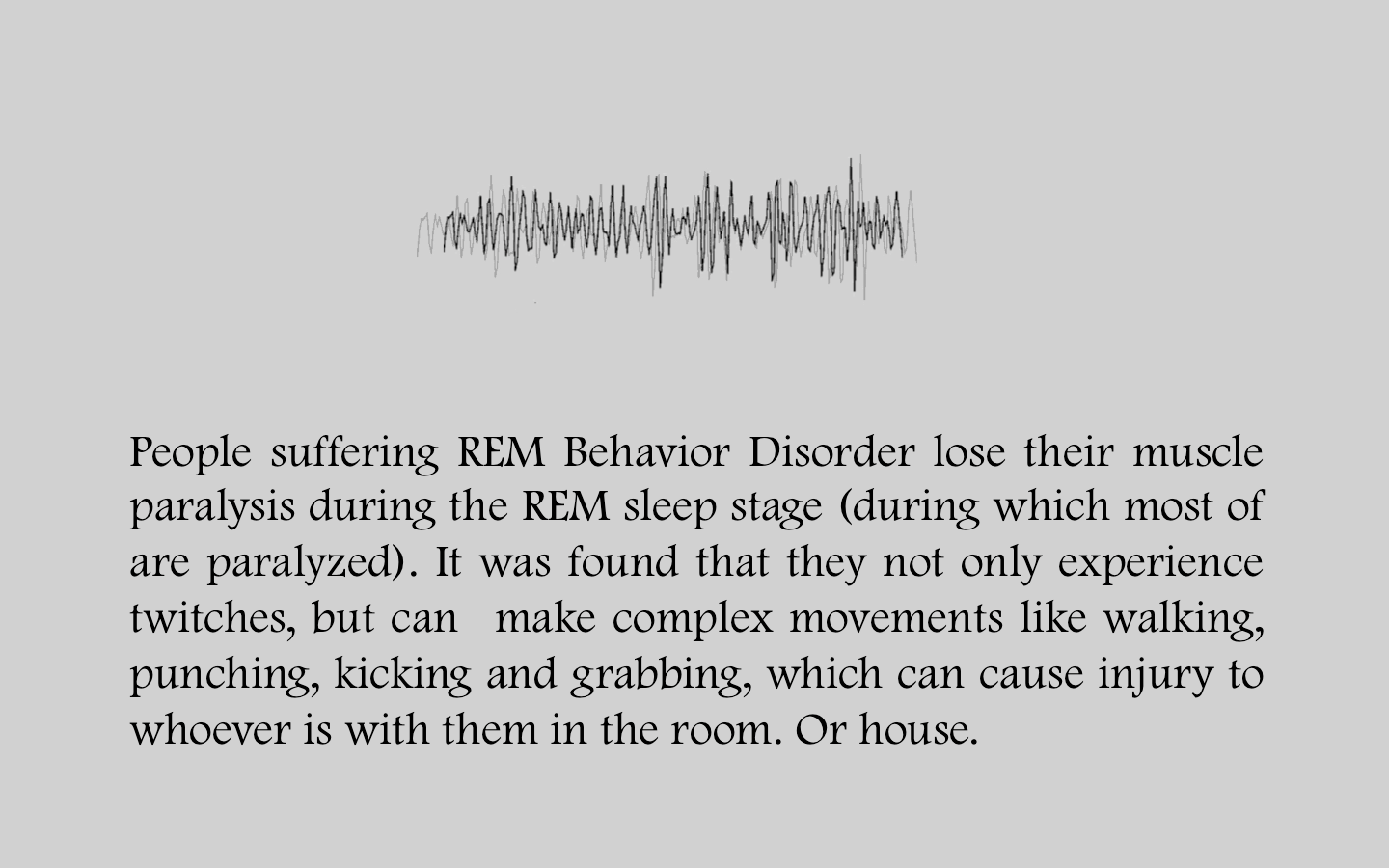 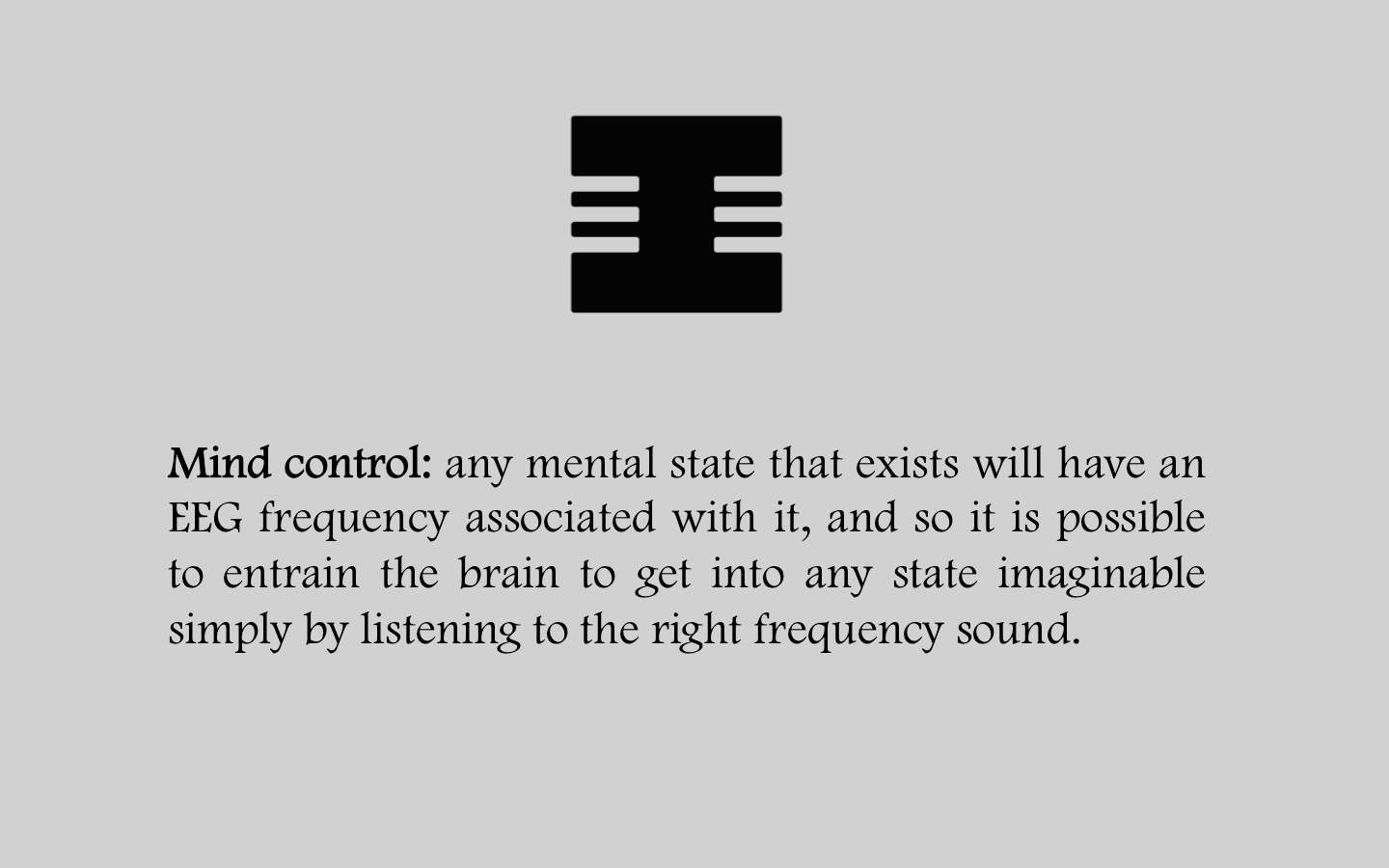 There's one week left for auditions to be sent at loomingseeds@gmail.com
If a role interests you, send your audition and join the team

Looking forward to hear from you

Do you still need someone to voice the General?

Software, scripts, and other creative stuff
Back to Collaboration